Solar Energy Industries Association’s latest report shows that “the U.S. installed 1,354 MW of solar PV in Q3 2014, up 41% over Q3 2013, making it the second-largest quarter for solar installations in the history of the market.” 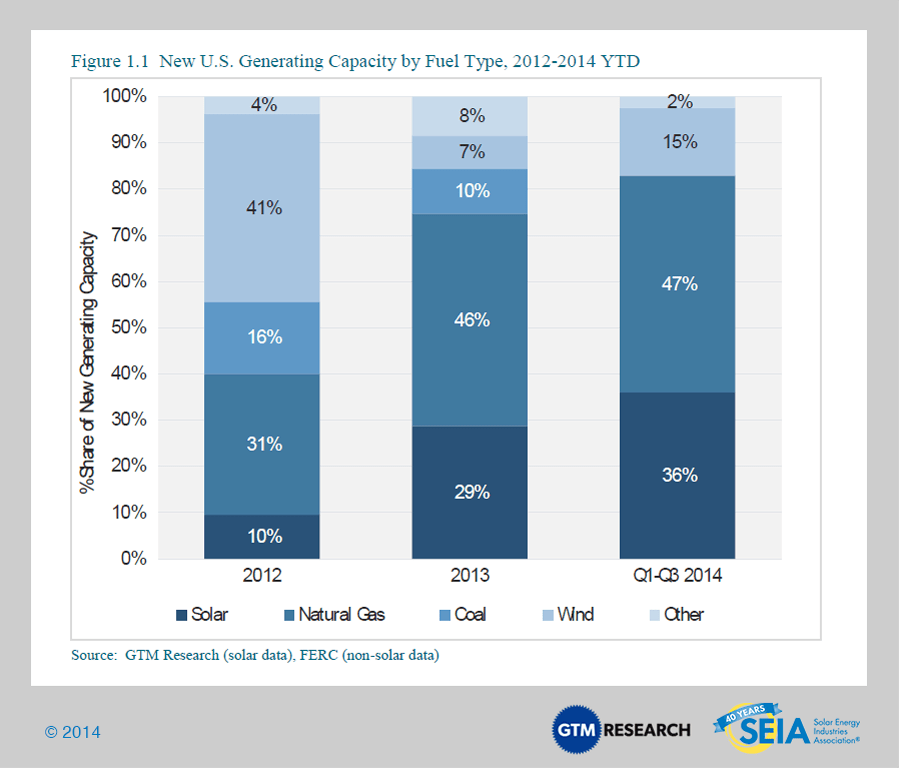 “The growth has come primarily from two segments: residential and utility scale. Both segments are up substantially in 2014, and we anticipate continued strength through the next two years.”

CNBC reports that overall, “the amount of electricity generated by U.S. utility-scale solar photovoltaic power plants is up more than 100 percent in 2014 over the same period in 2013, thanks to big projects, many of them highly productive, that have been coming online.”

“With continued growth and adding in commercial and residential PV as well as concentrating solar power, solar electricity could easily account for 1 percent of U.S. generation by the end of this year.”