President Obama’s job approval rating may have plummeted to a low of 41%, but Americans back him on climate change policies.

The latest NBC/Wall Street Journal poll finds that “more than six in 10 Americans said they believe climate change is either ‘a serious problem’ requiring ‘immediate action’ or a big enough concern that ‘some action should be taken.’” 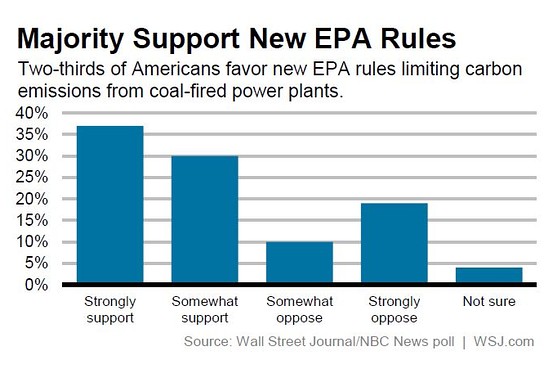 “In addition, 57% said they would favor a proposal to curb greenhouse gas emissions, even if it results in higher energy bills. And two-thirds of those polled said they either ‘strongly’ or ‘somewhat’ support new rules outlined by Mr. Obama to set strict emissions caps on coal-fired power plants to significantly reduce carbon emissions by 2030.” 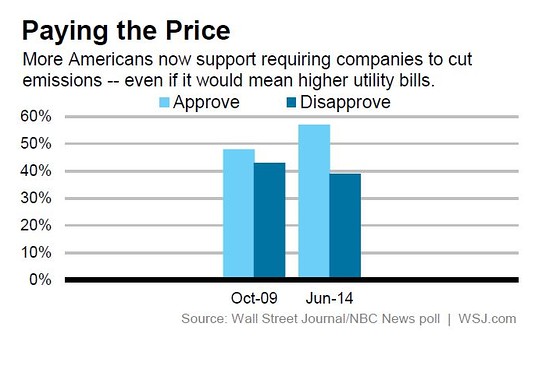