Renewables Begin to Hit Their Stride

The Economist : “Global investment in renewable energy, chiefly wind and solar power, rose by a sixth in 2014, to $270 billion. This was partly because of subsidies in the rich world, such as America’s 30% federal tax credit for solar projects. Under a system known as ‘net metering’, consumers with small solar installations can sell surplus power to the grid at the same price as they pay for power flowing in. But even if the tax credit is cut, as expected, solar electricity could displace 9.7% of American retail electricity sales by 2019.” 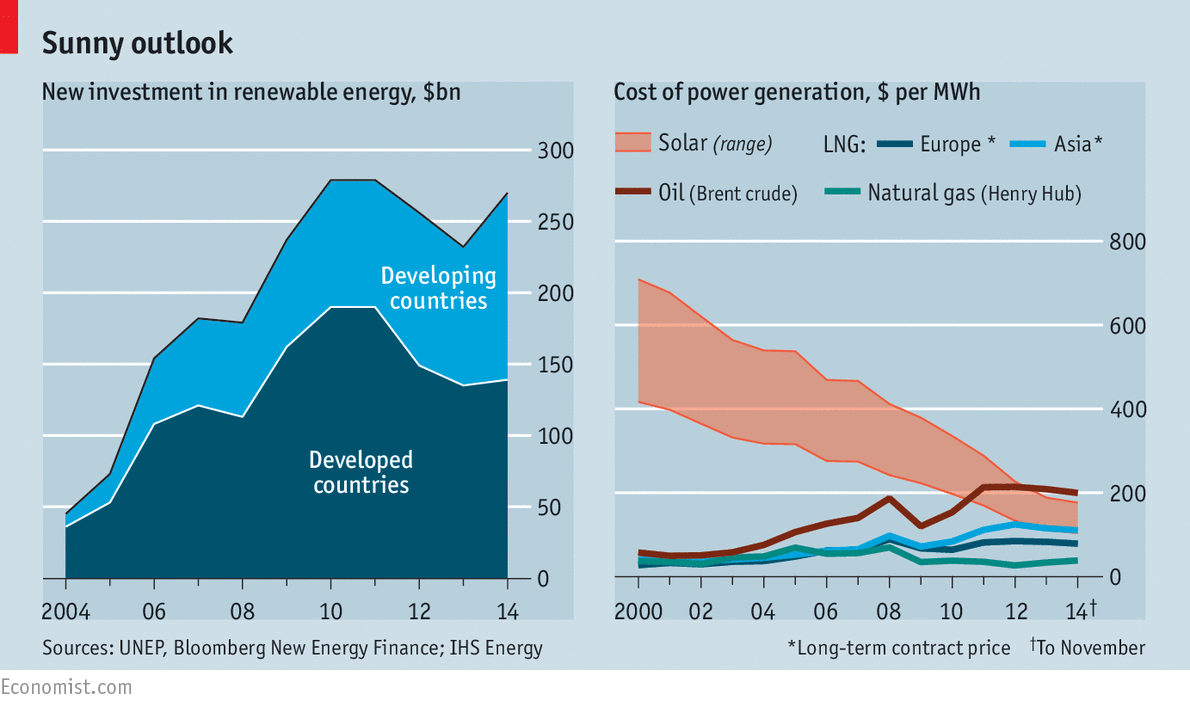